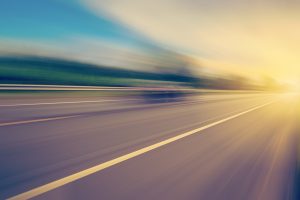 The cost of policing across North Bay and the municipality is increasing to an unsustainable level, according to the federation of North Ontario Municipalities (FONOM).
abstract empty asphalt blurry road and sunlight with space
Al Spacek says that costs are spiraling and that the budget created for policing in Northern Ontario needs to be modernized. Until that happens, FONOM says there will be continued to be problems with policing in the area and law enforcement will be stretched. He added that all municipalities (100) that are represented by the organization are worried by the situation.

“It keeps resurfacing because it’s become such a significant issue for municipalities to deal with,” he said.
“Policing costs have gone from being a negligible part of a lot of budgets to being, if not very significant, to the most significant cost for some municipalities. The municipalities have come to the conclusion that it is not sustainable and taxpayers cannot continue the kind of exponential increases that they’ve seen over the past 10 years. Something has to be done.”

The Association of Municipalities Ontario (AMO) has launched a policing modernization report, which was published in 2015. The key point of the report is that policing in Ontario is more expensive than anywhere else in Canada. With the highest population in the country and the largest cities, that is not surprising per se.

However, the scale of Ontario’s policing costs is increasing beyond sustainable levels and the result is a struggle for communities in Northern areas in the province.