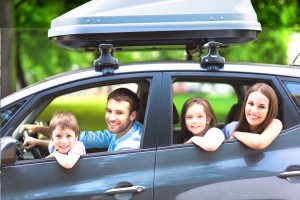 Ontario is home to comfortably the highest auto insurance rates in the whole of Canada, and insurance companies and government are working to get the rates reduced. Part of the plan of reaching the Liberal government’s 15 per cent rate reduction goal is reforming the market, with those changes now in effect from June 1.

Auto insurance in Canada is hugely important, it can help to make or break governments. Consumers know they pay the highest rates (sometimes by over 40%) and politicians can win favor by slashing the rates. The Liberals have managed to get rates reduced by 10% since 2013, but missed its 15% goal last year before saying it would continue towards that target.

The latest reforms are designed to help lower rates by offering more choice, according to the Financial Services Commission of Ontario (FSCO). The lower premiums part of the reforms will probably be true as the reforms will bring an average rate change of -3.07%, so the next time you have to renew a policy, it is hugely important to shop around for the best deal.

However, nothing is free, so cutting premium rates mean consumers need to give something back. The changes to the Statutory Accident Benefit amounts may be more than many policyholders are willing to give, but this is the situation; to pay less you get less.

Bad news maybe. However, minor collision rules have also changes and are likely to be well received considering some drivers will not need to pay if involved in a minor hit. To do this you have to pay the damages yourself if the accident meets the following stipulations:

No payment has been made by an insurer
There are no injuries
Damages are less than $2,000
One minor collision every three years.