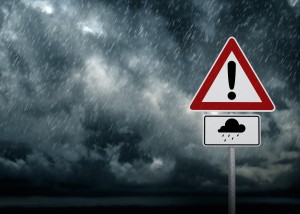 A flood statement has been issued by the city, with the North Bay-Mattawa Conservation Authority saying heavy rainfall could lead to overland flooding in some areas.

Heavy rain over the last week and snow melt from the end of the winter season have contributed to potential high water conditions for many rivers and waterways in the North Bay area. The middle of the week (Wednesday through Friday) is also expected to see rain, adding to the potential for flooding in at risk locations.

The Conservation Authority is saying it only expect minor flooding at the moment and that it should be localized to vulnerable areas. However, with rain likely to be ongoing in the coming weeks and snow continuing to melt, the risk of overland floods could be prolonged.

Rainfall overnight on Wednesday is expect to contribute 25 to 40 mm, thanks to a Colorado low moving towards the Great Lakes that will deposit thunderstorms on the Northern Ontario region. With temperatures expected above zero, the rain will not freeze and will likely cause minor flooding around the city.

The North Bay-Mattawa Conservation Authority is urging residents in high risk flood areas to keep a close eye on conditions and report any instances of early flooding. At the moment not flood warning has not been issued, so far it is only a statement of information about upcoming conditions.

For many insurance companies, flood damage has overtaken fire as the number one cause of home damage in Canada. Residents in North Bay should have their homes properly covered with home insurance and flood protection. Sewer back-up protection is common, but only a few providers offer overland flooding coverage.

Knox Insurance can help you to find the best premium for you, giving you peace of mind that your home is protected even in the event of flooding.